Was your privacy invaded by ADT?
Call Now
Fears Nachawati > About 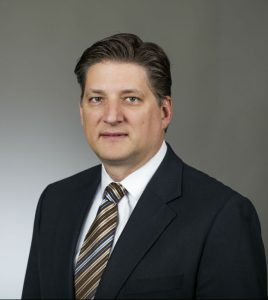 As a partner at Fears | Nachawati, Matthew manages the firm’s Mass Tort, Public Client, Employment and Medical Malpractice sections. Matthew serves in leadership roles for several multi-district litigations. He currently serves on the Plaintiff’s Executive Committee for In re Cook IVC Filters Products Litigation MDL 2570 and on the Plaintiff’s Steering Committee In re Bard IVC Filters Products Litigation MDL 2641. Matthew enjoys pursuing justice for his clients. His previous experience includes work as an in-house attorney for a large corporation. While working as an in-house attorney Matthew gained valuable insight on how corporations deal with claims from individuals. He uses this knowledge to help individuals who, through no fault of their own, have been wrongfully injured or terminated. Matthew attended Texas A&M University where he received his Bachelor’s degree in International Studies. After college, Matthew earned his Juris Doctor from South Texas College of Law in Houston, Texas. He is licensed to practice in the State of Texas, and has been admitted to the Eastern, Northern, Southern, and Western Districts of Texas Federal Court and to the Southern District of the Indiana Federal Court. Matthew is fluent in Spanish. He enjoys traveling and spending time with his family. Matthew also enjoys providing volunteer service in the community and in his church.

Contact Fears Nachawati today to get started. We will get back to you promptly to discuss your situation.

“My attorney is always there for me! When we had an emergency situation, she stepped right in, no waiting, and dealt with it. So easy to work with!”

Posted by Tammy A.

“Very hard working and communication is top of the amazing . They stay ontop of everything and let you know updates of your case always!!!”

“They were very helpful in helping me with something I was dealing with. I hope things will result in solving my issue with good results. They seem to believe it will end great. If you have issues you should follow up with them.”